At one of my recent workshops, I asked everyone to write down one thing they feel they struggle with when it comes to dating or a question they wish men would answer honestly and openly. I received so many honest and thoughtful responses – one of which I want to talk through with you today. The response is a concern I’ve heard from clients in the past, but seems to be occurring increasingly frequent in the modern world of dating.  A female participant wrote, “Why do some men pretend they want a second date, only to cancel later?”

Before I share my view on why this happens, let’s take a step back and walk through the situation. Let’s say that you’re on a first date with someone and everything’s going smoothly. The conversation is lively, the night is flowing and you seem to be really enjoying each other’s company. Maybe you spend hours together and it seems like neither of you wants the night to end. You might sense a spark and get the feeling that he does too. All in all, you’re interested in seeing what happens next and it seems like he feels the same. Heck, he may even outright saythat he’s interested in a second date. This is all to say that, in this scenario, there is no obvious red flag or apparent reason you wouldn’t – or shouldn’t – see each other again. In fact, all signs point to the strong possibility that you will.

So, you make plans – or plan to make plans – and then it happens. He cancels. He doesn’t reschedule or postpone, but he cancels. And, just like that, you’re left wondering, “What the heck went wrong?” Friend, let me tell you, that the chances are nothing went wrong – at least nothing on your side of the equation.

So, why the sudden change of heart? If we take a step back for a second, it’s a little bit easier to wrap our brains around the answer. We, men and women, live in a world filled with the most pressure and highest expectations in the history of mankind. We feel as though we’re expected to land our dream job, have the best group of friends and have the perfect life, house and relationship – and to do it all right now and get it right the first time. For the most part, people truly believe they want and need these things, and so they set out in search of them. There are two problems with this, however. First, having the perfect everything is an impossibility. We can build amazing lives and accept ourselves as perfectly imperfect, but there is always progress to be made and obstacles to overcome. Second, not everyone is genuinely ready for these things – perfect or otherwise.

Take the man in this scenario, for example. It’s likely that, during the first date, he did intend on seeing the woman again. Or, at least, he believed he intended on seeing her again. He might feel as though he should be finding someone to settle down with, so he goes through the motions, but when it comes time to actually take the next step (in this case, go on a second date) he might panic or shut down because, to go on that second date, could feel like he’s committing to something larger. He may not be ready for a relationship, or might convince himself that the woman wants something more than he’s ready to give, without ever giving her the chance to prove him wrong. He doesn’t want to risk disappointing her.

And, while I often hear of this happening to women, it happens to men quite often as well. A woman might feel as though, since all her friends are settling down, that she should to. So, she signs up with an online dating site and goes on a couple dates, only to suddenly find something “wrong” with the man when things start to feel more serious.

Now, I do feel like we should explore the other possibility on the table. There’s a chance, albeit it’s a small chance if the date truly seemed like it was going well, that he was simply trying to be nice and avoid letting you down. He may not have felt a spark and, instead of just being honest or even remaining neutral, decided to overcompensate by leading you to believe he wanted a second date. Is this the right thing to do? No, not exactly, but again it does happen. People have a natural fear of rejection – both giving rejection and receiving rejection – and sometimes do whatever they can to avoid dealing with it, at least in the moment.

Regardless, you need to know that none of this reflects on you as a woman or potential partner. Rather, it speaks to the other person entirely. I don’t think it does us any good to spend time being upset with men for these behaviours or helping them to change them. In both scenarios you wouldn’t win – the first, you would be trying to convince them they are ready and the second you would be expending energy on someone who you have to convince to be into you. No fun! When you do meet your person and the spark is really and truly there, there will be a second date – and a third, and a fourth. As someone who is ready and open to a real, fulfilling relationship, you need a partner who is just as ready and open. So, don’t let these experiences along the way get you down. You deserve more, and it’s out there waiting for you. Ready? I’ll be here if you need me.

Ready to make 2017 the year you attract YOUR amazing man into your life? Click here to learn about my “Attract Your Amazing Man” 3-month coaching program. 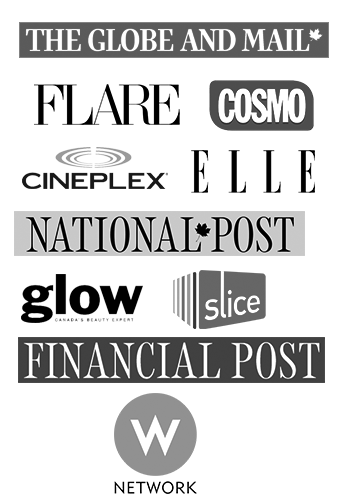 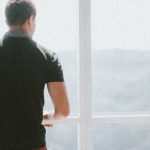 The 4 Biggest Turn-Offs for Men & How to Avoid ThemAttraction, Dating Tips, Relationship Advice 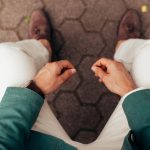